To Anyone Who’s Curious.

TAWC // Experiencing the ocean through time

We are a team of BSc Creative Computing Students at Bath Spa University. As part of the 2021 Creative Industry Challenge module, we were assigned a brief with a professional company to develop an original creative prototype. The company we partnered with was the Bath Royal Literary and Scientific Institution also known as (BRLSI). We were tasked to create an interactive experience that used 3D scans of BRLSI collection objects to introduce new audiences to BRLSI.

BRLSI is an educational charity that promotes and shows the advancement of science, literature and art. They also offer talks, discussions and exhibitions on science, arts and current affairs, whilst maintaining a collection of books, fossils and artefacts. BRLSI was founded in 1824 and has evolved as well as implemented many changes since their opening in 1824, but also has a rich collection in a number of different areas. Those areas include: archeology, zoology, mineralogy, botany, ethnology and paleontology.

We met BRLSI for several meetings over the course of the timescale we had. These meetings consisted of a meet and greet, concept pitch, photogrammetry session, showing progress of our prototype and also communication outside of these meetings to gather information of each artefact.

All of our chosen objects all shared a similar theme. Developing a theme for our project allowed us to create a more in-depth exhibition experience for our target audience, For Anyone Who Is Curious. The objects all share an aquatic and marine conservation story as their history all falls into an ocean themed project.

The reasoning for all our objects was mainly based on how they have a history attached to the ocean, but also how they are all structurally interesting. For example, the Coco De Mer , discovered by sailors who found its erotic structure taunting. In addition, the Twerton Dolphin was found in Bath and is about 150,000 years old. It’s assumed that the dolphin had a head injury or parasite, resulting in confusion and therefore swam up from the ocean, into the river Avon and beached itself in Bath. The dolphin’s story links to Bath, which is where most of our team is based, so the history to us as a group is very interesting. The Ludwigella Concava is an ammonite fossil over 140 million years old and it’s living self would be found at the bottom of the ocean. In addition, its structure is fascinating to look at. Finally, the Brain Coral links into coral reefs and sea life, which correlates well with our theme. However, unlike the Twerton Dolphin and Ludwigella Concava, which are extinct, examples of the Brain Coral still exist. Therefore having a variety of objects that are both extinct and present creates a nice blend of objects.

When the group was presented with a wide variety of fascinating objects, we went away in group discussions and collated together several concepts that we could potentially work on. We came up with several ideas on how we would undergo this brief: a website, augmented reality, scrapbook and a few more.

In the end, we all collectively decided to create a website storyline to showcase the objects as the majority of us have web technologies experience. We also wanted to create a theme for the website, so we selected the objects that were relevant to the ocean in any way. From there we were able to process through the prototype and start working on a really positive concept.

Here is some of our earlier designs for our website

As a team no one has ever experienced or heard about photogrammetry, so this was an interesting task. Photogrammetry is obtaining measurements and 3D models from photos, which are taken from all possible angles of an object. By starting off from a lower level, circulating around the object and slowly moving up was the best approach. It’s important not to move the camera’s position or change any lighting as this will affect the model’s texture and mesh. Once all photos are taken, placing them in a photogrammetry software which then extracts 2D information about landscapes and objects and uses it to align, texture and mesh images to create a 3D model.

The way the software works is by using 3D geometry. Every photo is a captured image, each image defines a light ray in a 3D space that begins with the camera and extends out to the real point. Photogrammetry software uses the point identified between two or more photos as well as information from the photograph. Now with all the needed information the photogrammetry software locates the geometric intersection of the light rays, identifying where the point is located in 3D space. This will find two or more points on the photos that correspond in the same 3D location. from each point, the photogrammetry software can decipher camera angles, locations and characteristics from just a few point matches. This is then used to create faces, lines, edges and texture maps, creating a full 3D model based off point locations. The next step is to edit the 3D models with a 3D editing software.

When designing and building the website it was important to us as a team that we incorporated a storytelling aspect and visual graphics of how the items all link up with each other. Our main concept was to create a scrolling featured website to make users feel like they were going through a story. Revealing each object, a trail path and how they are connected. Firstly, by having an understanding of each object’s story this allowed us to decide which object should be placed at the top of our web page and so on. An example of this thinking is due to the graphics we designed, because of the Coco De Mer’s back story of how it was discovered floating above the sea which meant we decided to place the object at the top of our page. This is because the graphics at the top of the webpage are the waves of the ocean and land.

One of the main designs for our website was the trail which is continued throughout the whole page when scrolling. This was to visually link the objects together and therefore informs the user they can continue to scroll down for more information. One team member decided to add small illustrations to the background of our scrolling page, to add more colour and visuals to make it more visually pleasing.  In addition, if users wanted to see the 3D objects on a separate page with additional information, there is a button for each object that takes users to a specific page where they can read and find out more information about the object. We made sure that both the scrolling page and object specific pages both had similar designs such as background colours, fonts, sizing etc.

When building the 3D models this task was split between two members of the team, where both either had experience or interest. The 3D editing software that the two team members used was Blender and 3Ds Max. The main goals when building the models was to reduce the polygon count, in order for the 3D models to load faster on users’ devices but not to lose any textures or details within the model. By slowly reducing the poly count, this allowed us to upload our models on sketch fab and therefore the models loaded quickly on users’ browsers. In addition, once the poly count was reduced this allowed us to see the wireframe clearly and patch up any holes within the models. Once all holes were patched, selecting the faces of the new patched holes and moving their texture to a darker place in the UV texture map, made it less obvious where any previous holes were. This allowed the patched holes to blend in with the rest of the model.

To continue, the Coco de Mer model was also a challenge to build and fix. This is because when doing the photogrammetry, the cameras and lighting was slightly moved when photographing the top half vs the bottom. This meant when stitching the two flipped sides together, one side was slightly bigger than the other and the textures were both off, creating an intense contrast between the two different sides. The team member used Blender’s texture paint window to paint around the model, slowly creating a gradient on both sides and removing the harsh contrasting line.

Thanks to the Global Academy of Liberal Arts (GALA) programme we had the opportunity to work with staff and students from the University of Adelaide. Since the start of our brief, we were in contact with those students over several meetings allowing us to help on each other’s prototype. Both parties would give feedback and suggestions on how to improve their prototype, having these meetings were helpful as even more people were given their insights from various skill sets.

The group has managed to produce a very high quality prototype to showcase what our final product would look like to the client. The team has worked well together and everyone did their part to contribute to the end result.

Alex – “I appreciated being able to engage with students from another country, and greatly enjoyed learning about the objects we chose to transcribe and bring to life. Working on this project has been a great experience”

Haydon – “Building the website and implementing 3D models was enjoyable.”

Karishma – “I enjoyed gaining knowledge on objects that I wouldn’t have if I hadn’t done this project, as well as the opportunity to work with the prestigious organization BRLSI”

Kay – “What I found most interesting about this experience was learning about photogrammetry and then using all the photos to build 3D models which we could add into our website. I found this team work assignment allowed us as a team to see what is everyone’s skill sets are and to see who wants to challenge themselves and learn new things”

Marcus – “It was a great experience to work on this project, especially with an external company. Providing me with the opportunity to expand both my expertise and networking”

Oscar – “Over the course of this group project, we learned a lot of valuable lessons about teamwork and project planning, and I felt as though I become a lot more comfortable with illustrations and creating vector graphics. “ 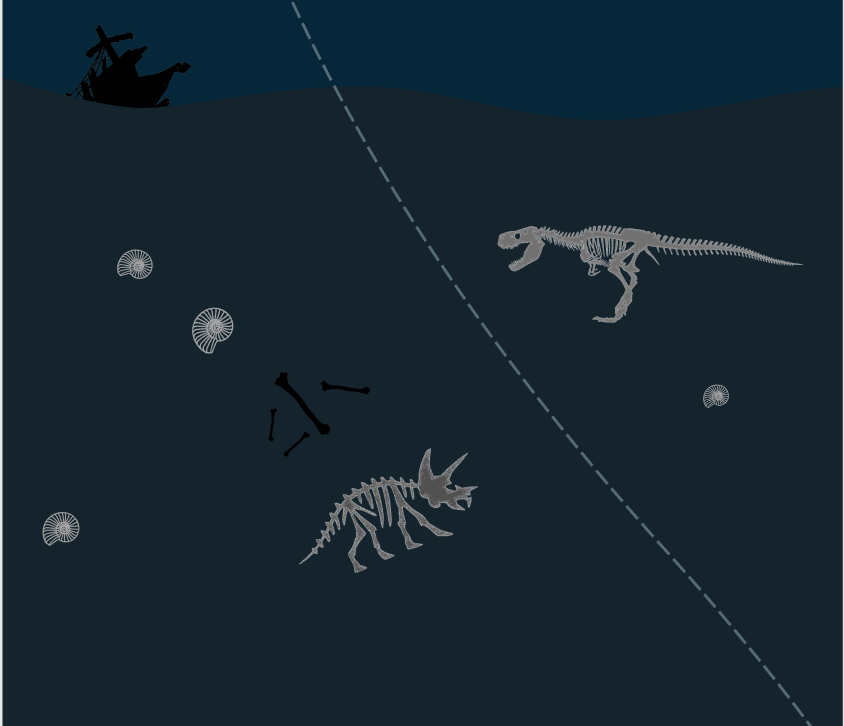